The idea began as just shapes, or rather the shapes of objects whose purpose, function and reason for being was slightly obscured by the manner in which they were photographed. Obscured but not hidden. Not a treasure hunt. No clever deceit. And dark. Somber even. 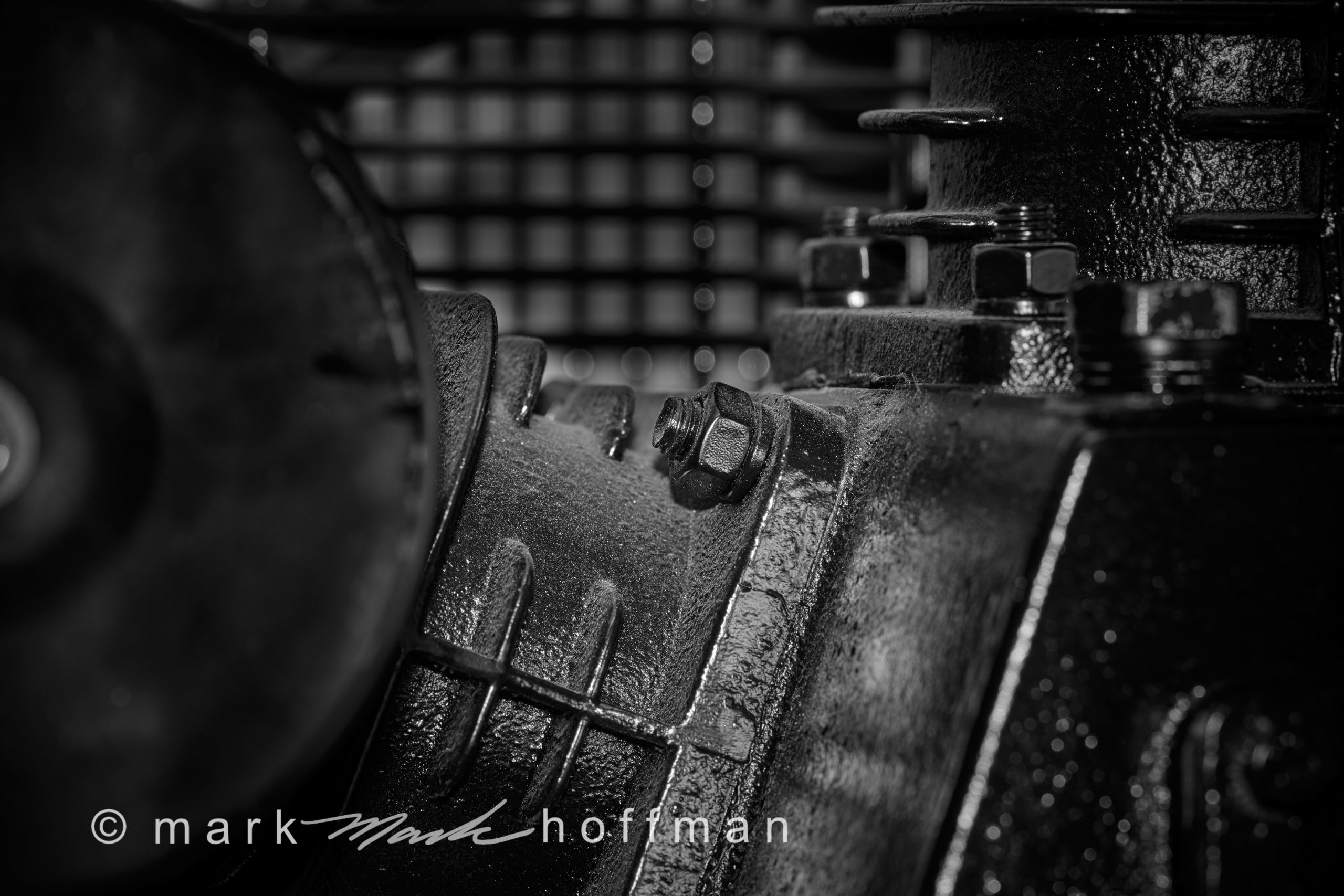 “Machine?” should form in your mind. But How? How indeed?

We go from presenting a black and white image to creation of a thought in the observer. Not just one thought, but probably a series of them. It seems we think mostly in words. And if we think in words, in language, then what starts that ball rolling? A noun or a verb?  How does an image encapsulate and transmit a concept, a percept. Encoding data in an image is clever chemistry and advanced electronics. Decoding data in an image is a bit more complex. Is there some universal law governing how concepts or emotions are planted in the observer?  To a degree there must be since an image can create a similar idea in more than one person. But it’s not the same idea.

So, anyway, that’s the idea.

There are a lot of these images. Most done this way. I’ll post a few more here over the next few days while I assemble them as a group in some sort of album. This album will likely be called : Tools.

And one of my favorites. Also one of the more obscure images.

The caption for this image was Hexagonal, from the word hexagon, obviously. I had no more than typed it when it split like a double exposure into the roots “hex” and “agonal”. Hex is simple enough. Agonal  or Agony in this case is trickier. Mr. Webster tells us it has to do with pain: a lot of it. It has nothing to do with angles. Strange, I thought. Turns out hexagon does not derive from two words “hex” and “agon” but from one word, a Greek word that means a six sided figure. My intuitive understanding of the etymology of hexagon was wrong. Dead wrong. Happens all the time.  However, it was too late for backpedaling. “Hex Agony” had stuck.

The Hex Agony equation could be reduced, factored, or twisted into: six agonies, 6 X agony= a bunch of hurt, or agony to the sixth power. None of those would be pleasant.

But…you interrupt…there are only four of the Hex Agony thingies. Well, art is not entirely mathematics, and while the juxtaposition and clever arrangement of objects can produce beauty, peace, tranquility, and some sort of transcendant truth it can also go the other way.

My intent with these images, indeed with all my images, is to appeal to your innate tendency, your innate need, to find clues in the images that help you unpack them into whatever reality you are in when you see them. The clues in this group of images are somewhat ambiguous, offering you a wide latitude in how you fit them into your reality. That sounds like a portion of the driving force behind most of what is classed as abstract art. Maybe it’s the only force. I don’t know.

By the way, an album of these images is available on : markhoffmanphotography.com. Here’s a direct link to that album: Tools

This site uses Akismet to reduce spam. Learn how your comment data is processed.